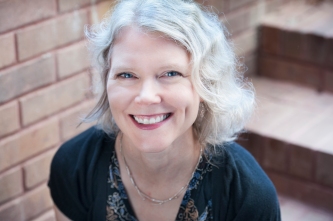 Memorious is thrilled to be publishing Hagenston’s “The Celebrity,” a story that does a million things in 1,000 words, in the upcoming Memorious 26. We’re also thrilled to have the opportunity to talk to Becky Hagenston about Scavengers, a collection so jammed with great stories, it’s impossible to decide on a favorite without breaking it down further. “Let Yourself Go,” for example, takes the prize for most brilliant ending; “Ivy Green” wins most virtuosic point of view. “Secrets of Old Time Science Experiments” is a marvel of compression and a playground for the reader questioning whether supernatural forces are at work. And Hagenston makes it all look easy! Memorious fiction reader and contributor, Wendy Oleson, had a chance to email with Becky about her recent collection.

Thank you for agreeing to talk with us about Scavengers: Stories. Which story in the collection gave you the most trouble and which came the smoothest? What did the experiences of difficulty and ease teach you about your work and process?

Of course, it’s far, far from easy. I can tell you that the story that took the longest to get right is “Secrets of Old-Time Science Experiments,” which I workshopped in my first fiction class ever, in (I think) 1993. The draft was drastically different, with Aunt Julep being a trouble-maker who had recently died. But there was something I liked about the story—the narrator’s voice and her family—and so I put the story away for years but never gave up on it. I’d take it out every few years and give it another go, but it just wasn’t working. Maybe it was when I started reading George Saunders’ and Aimee Bender’s stories that I realized I could take fanciful leaps into weirdness.

“Cool” was probably the smoothest process. I wrote that in a couple of months—which is very, very fast for me. I did end up cutting a lot of backstory to make it more cohesive, and the ending gave me some trouble, but overall it came together pretty easily once I figured out how the flashbacks and current action connected.

In this collection, being seen, heard, and understood by another person can be a double-edged sword, as it often precipitates moments of painful self-reflection; the same might be true of putting oneself in the position of really seeing another person. In this light,“Good Listener” feels like the keystone of the collection: the precise unspooling of the narrative even participates in the protagonist’s struggle to communicate after a tragedy. It dares readers to pay close attention to Laura’s thoughts and fears, to believe we understand her pain. Could you talk a bit about this story—how it fits in the collection and how you found the perfect timing and balance in revealing and concealing the circumstances of Laura’s life?

This was the first Mississippi story I ever wrote, and I’d been living in Mississippi for about three years already. I think of it as a story of displacement, of trying to find your place in the world, and also for Laura it’s about the moment when she realizes what she is and isn’t ready to accept for her life. It’s sometimes really difficult for me to know what line of work my characters should be in, but making Laura a high school guidance counselor opened up a lot of possibilities. The story took off for me when I added Kayla, the high school student, and Patty, the hard-drinking engineering post-doc. I think those characters are the key to the revealing/concealing that goes on, the things Laura reveals and doesn’t reveal to them. Those characters helped me begin to understand Laura’s thoughts and fears and pain.

Your endings are, to borrow Brad Watson’s term,“heart punches” as much as gut punches. They’re both startling and satisfying, an effects coupling so difficult to achieve. How do you write endings? Do they ever come first?

I do a lot of rewriting when it comes to endings. Sometimes I’ll think I have it, and I’m completely wrong. On more than one occasion, I’ll have what I think is a brilliant—evocative but not overstated—ending, and I’ll give the story to a trusted reader who will say, “Huh? This makes no sense.” And then as I’m trying to explain why it does make sense, I’ll realize: Hey, I shouldn’t have to explain the damn ending! Back to the drawing board.

Sometimes the ending will shimmer in the distance when I’m about halfway through the story. Sometimes it’s a mirage. The endings that I love the most are the ones that surprise me as I’m writing them, and this did happen with “Let Yourself Go.” I think endings should make a story feel complete without tying anything up or solving anything. And that, as I’ve discovered, is really hard to do.

I love what Flannery O’Connor says in Mystery and Manners about the ending of “Good Country People”: “I didn’t know [the Bible salesman] was going to steal that wooden leg until ten or twelve lines before he did it, but when I found out that this was what was going to happen, I realized that it was inevitable. This is a story that produces a shock for the reader, and I think one reason for this is that it produced a shock for the writer.”

The story “Cool” first appeared in One Teen Story (One Story’s magazine for the many, many passionate readers of Young Adult fiction). How, if at all, did you revise the story for Scavengers?

Patrick Ryan, the editor of OTS, is such a great editor that there wasn’t really anything left to change! He was great at pointing out some confusing moments in the story, and he suggested perfect ways of rewording clunky lines. He suggested changing the title from “Cool Mom” to “Cool,” which I thought was an excellent idea. The only real change I made for the story collection was the name of the mother. Her name was originally Patty, but there was already a Patty in “Let Yourself Go.” So now she’s Jenny. That’s one of the unexpected challenges of putting together a story collection: realizing how often I reuse names!

Your characters behave idiosyncratically—even eccentrically—without it feeling forced. They drink too much at a dinner party and end up under the hosts’ kitchen table kissing the Labrador. They say things like,“‘Oh ho! That’s cranberry sauce!’” They tweet and take great pleasure when a stranger tweets back. Their vulnerability and disillusionment forge humor and pathos. Even when the stories skew fantastic, there’s an emotional honesty present. Your work evokes a dazzling range of contemporary authors, from Lorrie Moore to Aimee Bender, Ken Liu, and Carmen Maria Machado. Who and what inspired you as you wrote these stories?

I am absolutely a fan of Aimee Bender and Lorrie Moore, and I haven’t read Ken Liu or Carmen Maria Machado but now I’m definitely going to. I teach great stories like “Sonny’s Blues” (speaking of brilliant endings!) and “A Good Man is Hard to Find,” and every year or so I read “The Dead” out loud to myself. The ending of that story actually had a huge influence on the ending of “The Afterlife.” I was inspired by Kevin Brockmeier’s fables to write “Puppet Town.” And maybe it was when I started reading Haruki Murakami’s, George Saunders’ and Aimee Bender’s stories that I realized I could take fanciful leaps into weirdness.

I wrote and revised these stories over a span of many, many years. I wrote them in grad school in Tucson and New Mexico, and I wrote them as a newbie and then a not-so-newbie to Mississippi. I wrote them in between travels to Russia, France, and England. Travel always inspires me, as does talking to people. I’m very, very nosy!

And I’m always reading: fiction, nonfiction, poetry, occasionally graphic novels. I love biographies of doomed royalty. I’m addicted to gruesome true stories of adventures gone awry. For me, it’s about just filling my brain with stories all the time. I just finished reading Kelly Link’s new collection, Get in Trouble, and that inspired me to go down a much weirder route in a story than I’d planned to.

Would you be willing to share a bit about what you’re working on now?

I think I’m finished with collection #4, which mostly takes place in France and Mississippi. So now I’m just working on more stories, and I like to have stuff in every possible stage of the process. There’s one I feel pretty good about, and I’m revising two that I think have potential, and I’m also taking notes for stories that may or may not turn into anything—or may turn into something years from now. And even though I’ve written five novels that don’t have enough plot to be publishable, I’m still always trying to get that right!

Wendy Oleson’s recent stories appear in Cherry Tree, Quarterly West, and Carve Magazine (as the winner of the 2015 storySouth Million Writers Award). A 2015 Vermont Studio Center fiction fellow, Wendy teaches creative writing for the UCLA Extension Writers’ Program and writes about people who do very bad things for Bellum Entertainment. Visit her (@weoleson) on Twitter or her handsome dog (gr8winstoni) on Instagram.