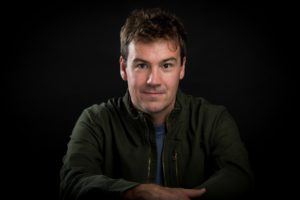 Every so often a book I have yet to read makes me nervous. I think this is a self-defense wall my writer-self intuitively constructs to steer wide of new voices that may influence me when I already have my own narrative voice locked into a project. This is why I circled Lidia Yuknavitch’s The Small Backs of Children on my shelf for a while before I picked it up. I was afraid it would contain some sort of tick-like voice that would burrow under my skin. When I finally opened the novel, I knew I was right to be cautious.

This book makes us all culpable. We consume news, culture, and images that touch us but we swipe them away, or turn the page. We have our own lives. The image of some other life in the news may be poignant, but on the other side of the world, they seem so far removed it may as well be fiction. These photos may even become iconic but rarely cause us to act. Think of the naked girl in Vietnam running after napalm stripped off her clothing. Or the stirring green eyes of the Afghan girl on the cover of National Geographic whose life had been upturned by invading Russians. These images keep coming. In The Small Backs of Children, the central image is a picture of a girl in Eastern Europe being uplifted and tossed from an explosion at her back, an explosion that atomized her family and thrust her into a cold, brutal life.

With this upheaval we begin to see the world this girl is thrust into. Yuknavitch writes, “This is a world of men. They come into your country, they invade your home, they kill your family. They turn your body into the battlefield—the territory of all violence—all power—all life and death.”

The girl also enters into the consciousness of a woman on the other side of the world who is dealing with the paralyzing loss of a stillborn child. The grieving woman cannot let go of the image of the girl launched into the air and is so empathic that she is willing to sacrifice and act because of the photo. She looks at the fire-rimed girl and feels hurt. The woman decides the image is worthy of trying to make another’s existence less tragic, and sets out to save her.

Yuknavitch’s novel does not let us turn away from this image. She is fearless in her gaze and delves into all the cultural and personal culpability such an image masks. In doing this she slips into the grotesque, overtly sexual, and dislodged longings of her characters. The characters don’t have names. We know them as The Girl, The Writer, The Photographer, The Widow, The Poet, The Playwright, The Filmmaker, and the Writer’s Husband. Maybe real names bring accountability and hold us back from revealing our vulnerabilities, our deep, dark truths. Those truths are what this author spills onto these pages. 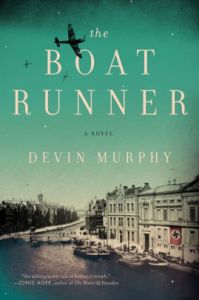 This is at times a shocking book. Though what shocks us these days? Pictures of dead children don’t seem to. Bleeding children? Angry white men hoisting old Confederate flags? Black men being choked to death? It is all at our fingertips. We have a smorgasbord of suffering to tune out, to block away. Yuknavitch confronts us on this: “All the artists we admired from the past came out of the mouths of wars and crises. Life and Death. We come out of high capitalism. Consumerist monsterhood.”

Reading this book, we realize that it cannot be good for us to harden and remove ourselves from the lives of others outside our lanes. This book wants to swerve in and out of that mindless traffic, to disrupt, to raise the heartbeat of everyone nearby, to remind us that we are human and messy and so are those depicted in flat images we so easily swipe away. This is a book that aims for a difficult goal: To make us really see.

Devin Murphy‘s debut novel, The Boat Runner, is out now with Harper Perennial/Harper Collins. He is an Assistant Professor of Creative Writing at Bradley University. His fiction has appeared in The Missouri Review, Glimmer Train, The Chicago Tribune, New Stories from the Midwest, and Confrontation, among others. He lives with his wife and children in Chicago.

For original poetry, fiction, interviews and art song, visit our magazine at www.memorious.org.