As editor-in-chief, I get the honor of bringing you the last installment of our week-long Anticipated Books countdown to 2017 and wishing you a Happy New Year– may books continue to challenge us; to bring joy, pleasure and solace; to expand our knowledge and compassion; to introduce us to new perspectives and voices; to connect us; and to call us to action in the year ahead. We hope many of you will join us and writers across the country on January 15th for Writers Resist, where  “invited speakers will read from a curated selection of diverse writers’ voices that speak to the ideals of Democracy and free expression.” Memorious is a co-sponsor of the event here in Boston: join us here or find an event near you.

Meanwhile, as you’ve seen from our lists this week, 2017 much to offer us as readers. Here are a few must-read poetry books for 2017: 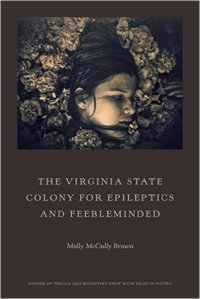 Persea Books’ 2016 Lexi Rudnitsky First Book Prize has a terrific history of introducing new women poets, and recent winner Molly McCully Brown’s debut collection looks to be a highlight for the series. The Virginia State Colony for Epileptics and Feebleminded takes its title from an institution in Virginia that was central to the twentieth century eugenics movement: thousands of residents were legally sterilized there into the 1970’s. This collection, which imagines the lives of these residents, as well as the colony’s staff, promises to bring this terrible history to light with poems such as “The Blindroom” (the colony’s term for solitary confinement) and to bring us poems that allow for experiences of a variety of bodies in the world. Brown, a young Virginia native whose essays about moving through the world with cerebral palsy have appeared in The Rumpus and Image, is a bright new poet to watch out for in 2017. 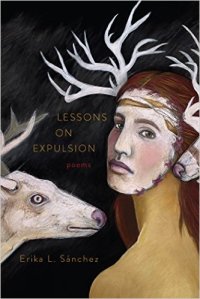 There is so much to look forward to on Graywolf’s list for 2017 and beyond–contributor Sally Wen Mao has her second book coming out with them in 2019 and contributor Tarfia Faizullah’s second collection is slated for 2018! This year, I am particularly looking forward to Erika Sanchez’s debut collection, which explores her experience as the daughter of undocumented Mexican immigrants and promises to be unflinching in its gaze, moving from violent murders and sexual assaults to the struggles of suicide attempts. The poems I’ve seen are densely image-driven and compelling. A CantoMundo and Ruth Lilly Fellow, Sánchez has also written a young adult novel, I Am Not Your Perfect Mexican Daughter, forthcoming from Knopf Books for Young Readers, and she was formerly the sex and love advice columnist for Cosmopolitan for Latinas. You’re going to hearing a lot about this dynamic writer in 2017. 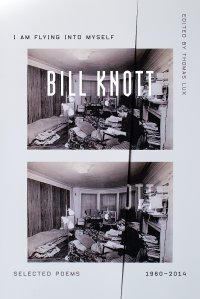 One of the marvelous things about Bill Knott (1940-2014), who graced us with an interview in Issue 6 and allowed us to use one of his collages for cover art for Issue 7, is that at his readings he would hand out chapbooks, often with revised versions of poems published elsewhere. Later in life, he became determined to provide most of his work online on his blog. He was known for seeing himself as an outsider, from his childhood as an orphan through his days publishing books and teaching at Emerson College. As Jonathan Galassi says in The New Yorker, “Belonging was not his thing.” James Wright once brought him bananas on a lonely Thanksgiving: this was how they met. It seems fitting that a poet who, in his younger years, published a supposedly posthumous book under the pseudonym Saint Geraud, might become most renowned after his own death; in the case of Knott, this is somehow still heartbreaking. Here’s to breaking our hearts with this collection of this one-of-a-kind poet’s work.

Finally, there are so many great books ahead from our poetry contributors that I couldn’t choose only one or two. Please stay tuned to our blog over the year ahead for spotlights on many of these contributor books:

Michael Bazzett, Our Lands Are Not So Different (Horsethief Books)

Alex Dimitrov, Together and By Ourselves (Copper Canyon)

Leslie Harrison, The Book of Endings (University of Akron Press)

Rebecca Morgan Frank is the editor-in-chief and co-founder of Memorious. She is the author of two collections of poems, The Spokes of Venus (Carnegie Mellon UP 2016), and Little Murders Everywhere (Salmon 2012), a finalist for the Kate Tufts Discovery Award. Her third collection, Sometimes We’re All Living in a Foreign Country, is forthcoming from Carnegie Mellon in October 2017. She is the Jacob Ziskind Poet in Residence at Brandeis University.