Putting together an anticipated books list always makes me look back on all of the novels and short stories I meant to read the previous year. It’s a teetering stack, and now I have more to add to it as I look forward to 2016’s exciting titles. My list this year begins with two upcoming contributors to Memorious, Becky Hagenston and Ranbir Sidhu. I’ve enjoyed teaching Becky’s mysterious and tense story “Midnight, Licorice, Shadow” in my fiction workshops, and now I’m eager to read her latest collection, Scavengers. Ranbir’s story “Cross-Eyes Thorpe Hits the Mark” will be in our next issue of Memorious. Its lively, chaotic use of language that combines farce and near-tragedy makes me excited for his forthcoming novel Deep Singh Blue. 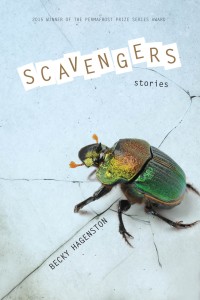 Hagenston’s Scavengers is forthcoming from University of Alaska Press in March, 2016. Here’s a quick summary from the press: “A woman obsessed with reality TV encounters a sorority girl who has embarked on a very personal scavenger hunt. A man unexpectedly discovers that his father—a seemingly rational man—believes, seriously, in lake monsters. A woman whose husband has just survived a near-fatal accident flees to St. Petersburg, Russia, to wander through museums and palaces and simply try to forget. Hansel (yes, that Hansel), all grown up, tries to be a good father. A young girl begins to suspect that the séances being held in her basement just might not be as harmless as they seem.”

Deep Singh Blue is forthcoming from Unnamed Press and HarperCollins India in March, 2016. Here is an excerpt from a recent review:
“The Indian American narrator of Ranbir Singh Sidhu’s breathtaking debut, Deep Singh Blue, is troubled, unlikable, and out of control. In flawless, terse prose, Sidhu gives us the tale of a suffocating and often unhinged family, and leads us to the kind of authentic sympathy that only tragedy provides.” — Titi Nguyen

I’m also looking forward to a bunch of new fiction by writers less familiar to me. A. Igoni Barrett’s novel Blackass, due out in March from Graywolf, sounds like a compellingly surreal and satirical investigation into race and identity in contemporary Nigeria. Both Teju Cole and Marlon James heap loads of praise on Barrett’s novel and here’s a summary from Graywolf: “Furo Wariboko, a young Nigerian, awakes the morning before a job interview to find that he’s been transformed into a white man. In this condition he plunges into the bustle of Lagos to make his fortune. With his red hair, green eyes, and pale skin, it seems he’s been completely changed. Well, almost. There is the matter of his family, his accent, his name. Oh, and his black ass. Furo must quickly learn to navigate a world made unfamiliar, and deal with those who would use him for their own purposes. Taken in by a young woman called Syreeta and pursued by a writer named Igoni, Furo lands his first-ever job, adopts a new name, and soon finds himself evolving in unanticipated ways.”

Also from Graywolf comes Sara Majka’s collection of stories Cities I’ve Never Lived In with a publication date of February 16th. Majka’s narratives are concerned with storytelling, dream-realities, and the fraught relationship between her characters and their sense of home and belonging (or lack thereof).  Here is what Graywolf has to say about the collection: “ An astonishing debut collection of sharp psychological portraits of characters trying to rebuild shattered lives. Fearlessly riding the line between imagination and experience, fact and fiction, the linked stories in Sara Majka’s debut collection offer intimate glimpses of a young New England woman whose life must begin afresh after a divorce. Traveling the roads of Maine and the train tracks of Grand Central Station, moving from vast shorelines to the unmade beds of strangers, these fourteen stories circle the dreams of a narrator who finds herself turning to storytelling as a means of working through the world and of understanding herself. A book that upends our ideas of love and belonging, and which asks how much of ourselves we leave behind with each departure we make, Cities I’ve Never Lived In exposes, with great sadness and great humor, the ways in which we are most of all citizens of the places where we cannot stay.”

Another forthcoming short story collection that looks pretty fantastic is Fiona McFarlane’s The High Places (FSG, May 2016). McFarlane’s stories explore varied landscapes and situate us in the lives of men and women, the old and young. Here is a brief summary from FSG: “Her stories skip across continents, eras, and genres to chartthe borderlands of emotional life. In “Mycenae,” she describes a middle-aged couple’s disastrous vacation with old friends. In “Good News for Modern Man,” a scientist lives on a small island with only a colossal squid and the ghost of Charles Darwin for company. And in the title story, an Australian farmer turns to Old Testament methods to relieve a fatal drought. Each story explores what Flannery O’Connor called “mystery and manners.” The collection dissects the feelings–longing, contempt, love, fear–that animate our existence and hints at a reality beyond the smallness of our lives.” 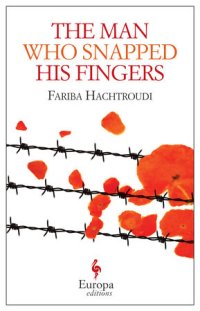 Europa Editions is publishing Fariba Hachtroudi’s novel The Man Who Snapped His Fingers in February, 2016. Translated by Alison Anderson, this is the first time Hachtroudi’s novel will be available in English. Hachtroudi left Iran after the 1979 Revolution and has published nonfiction and journalism, much of which focuses on Iran, religion, secularism, and women’s rights. Her novel explores the effects of totalitarianism on love and friendship. Here is what Europa has to say about the book: “She was known as “Bait 455,” the most famous prisoner in a ruthless theological republic. He was one of the colonels closest to the Supreme Commander. When they meet, years later, far from their country of birth, a strange, equivocal relationship develops between them. The Man Who Snapped His Fingers is a novel of ideas, exploring power and memory by an important female writer from a part of the world where female voices are routinely silenced.”

Walter Benjamin is one of my favorite writers and thinkers. His essays, which take on subjects as varied as Baudelaire, photography, and translations, are ruminative, mysterious, and politically sharp. Verso will be releasing a collection of his fiction, The Storyteller: Tales out of Loneliness, in April, 2016. Verso describes this book as a gathering of Benjamin’s  “experiments in fiction with forms including novellas, fables, histories, aphorisms, parables, and riddles. As well as highlighting the themes that run throughout his work, the collection demonstrates that his singular style could create extraor-dinary imaginative worlds that will delight those who are fascinated by his thinking, as well as readers of literary fiction such as Franz Kafka and Stefan Zweig and the uncanny tales of E.T.A. Hoffmann.” I’m really looking forward to this collection.

And Other Stories is one of the most innovative and exciting independent presses I’ve encountered. They are committed to publishing works in translation that often challenge traditional modes of narrative. They have just released The Folly by Ivan Vladislavic. Technically, this book came out in 2015, but I’m just now getting my hands on it, so I’m cheating a little bit. This is also my opportunity to encourage everyone to check out And Other Stories’ lineup for the upcoming year. Their publishing model is based on subscriptions, which means you get a surprise treat of a book every few months in the mail. Here is what And Other Stories has to say about The Folly:

“Mr. and Mrs. Malgas are going quietly about their lives when a mysterious squatter appears on the vacant plot next to their home. Arriving with portmanteau in hand and a head full of extraordinary ideas, the stranger at once begins to fashion tools and cutlery from old iron and rubbish. Soon he enlists Mr Malgas’s help: drawn in by the stranger’s conviction, Mr Malgas clears the land, all the while struggling to catch sight of the grand mansion that is supposedly springing up around them. His vision, however, continues to fail him – until, one day, it doesn’t. When The Folly appeared in South Africa in 1993, with its story of the seductive and dangerous illusions language can breed, it was read as an evocative allegory of the rise and fall of apartheid.”

Last but not least is New York Review of Books publication of Nobel Prize winner Patrick Modiano’s novel In the Café of Lost Youth, translated from the French by Chris Clark. Modiano has often been compared with W.G. Sebald (one of my favorite writers), particularly because of his explorations of memory and history and the way his writing can feel equal parts detective story and elegy. Here is what NYRB has to say about this novel: “In the Café of Lost Youth is an an absorbing evocation of a particular Paris of the 1950s, shadowy and shady, a secret world of writers, criminals, drinkers, and drifters. The novel, which includes vignettes of a number of historical figures and is inspired in part by the circle (depicted in the photographs of Ed van der Elsken) of the notorious and charismatic Guy Debord, centers on the enigmatic, waiflike figure of Louki, who catches everyone’s attention even as she eludes possession or comprehension. Through the eyes of four very different narrators, we contemplate Louki’s character and her fate, while Modiano explores the themes of identity, memory, time, and forgetting that are at the heart of his hypnotic and deeply moving art.”

Okay, one more!  I’m intrigued by the forthcoming The Mirror Thief by Martin Seay (Melville House, May 2016). Reviewers compare Seay to Nabokov, David Mitchell, and Umberto Eco, and his novel is being described as an audacious puzzle that traverses different genres, time periods, and geographies. Here’s what Melville House has to say: “The core story is set in Venice in the sixteenth century, when the famed makers of Venetian glass were perfecting one of the old world’s most wondrous inventions: the mirror. An object of glittering yet fearful fascination — was it reflecting simple reality, or something more spiritually revealing? — the Venetian mirrors were state of the art technology, and subject to industrial espionage by desirous sultans and royals world-wide. But for any of the development team to leave the island was a crime punishable by death. One man, however — a world-weary war hero with nothing to lose — has a scheme he thinks will allow him to outwit the city’s terrifying enforcers of the edict, the ominous Council of Ten …Meanwhile, in two other iterations of Venice — Venice Beach, California, circa 1958, and the Venice casino in Las Vegas, circa today — two other schemers launch similarly dangerous plans to get away with a secret.”

Be sure to look for Becky Hagenston and Ranbir Sidhu’s stories in our upcoming issues. And Happy 2016!

Joanna Luloff received her MFA from Emerson College and her PhD from the University of Missouri. Before all of those years of graduate school, she served as a Peace Corps volunteer in Baddegama, Sri Lanka. Her short stories have appeared in The Missouri Review, Confrontation, Memorious, and New South, and her collection The Beach at Galle Road was published by Algonquin Books in October, 2012. She is an Assistant Professor of English at University of Colorado, Denver.