Contributor Amit Majmudar‘s second novel, Abundance, comes close on the heels of his well-received 2011 novel, Partitions. While some of you may have read this or his short story in Memorious 17, others of you may know him as a poet from such places as The New Yorker or his two collections, including Heaven and Earth, which was the winner of the Donald Justice Poetry Prize. Then again, some of you might simply know this very busy guy as your diagnostic nuclear radiologist. 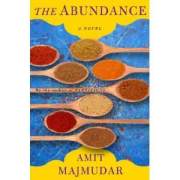 We published Paul Yoon‘s story “Postcards of my Brother” before his  2009 story collection Once the Shore made a splash on several best books of the year lists, including in the New York Times, Los Angeles Times, and Publishers Weekly, and he landed on the National Book Foundation’s 5 Under 35 List for 2010. It was a knockout collection, and I’ve been waiting (im)patiently for his novel, Snow Hunters, which comes out with Simon and Schuster in August 2013.  Let the countdown begin!

Contributors Ian Stansel and Nina McConigley’s debut story collections are both due out from Five Chapters in 2013. The title story of Stansel’s Everybody’s Irish is available in the most recent issue of Memorious, and you can sample a story, “White Wedding,”  from McConigley’s Cowboys and East Indians in Memorious 17. (I know, McConigley already made Laura van den Berg’s list, but this is such a great year for our fiction contributors that I can’t not mention this here, too.)

Which brings us to contributing editor Laura van den Berg, whose second collection of stories, The Isle of Youth, is slated to come out in November 2013 from FSG. Anyone who has found their way to her debut collection, What the World  Will Look Like When All the Water Leaves Us (Dzanc, 2009), will already have this marked on your calendars. Her short stories are fresh and memorable, and she is a writer to keep your eye on, as this collection is part of a two-book deal with FSG: we have a novel to look ahead to as well.

One of the best readings I’ve been to all year was by Jim Gavin, whose debut collection, Middle Men, comes out from Simon and Schuster in February. If you caught his story “Costello” in the New Yorker, or this terrific little companion interview they ran, in which he talks about his shared experience with the protagonist as a toilet salesman, you probably have this on your 2013 wish list, too. 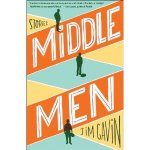 For those of you who, like me, fell in love with Jennifer Haigh‘s Baker Towers back in 2005, the good news is that her forthcoming linked story collection, News From Heaven, takes us back to the town and people of Bakerton. Even better news– we only have to wait until the end of January to return with Haigh to Bakerton.

If somehow you have missed Christopher Castellani’s first two novels, there’s still time to catch up on some reading before his anticipated third novel, All This Talk of Love,  comes out from Algonquin in February. Many of you may know him for the terrific work he does with Grub Street in Boston, but you should also know his work as a novelist.

Happy Reading and Happy New Year to our readers, and congratulations to our contributors, editors, and all of the writers and publishers out there shaping our new year to come!  –Rebecca Morgan Frank, Editor-in-Chief

While you’re waiting for these books to be released, please visit our magazine at www.memorious.org.